Why We Use the NKJV

The KJV was first published in 1611. Within a few decades, the KJV became the dominate English translation of the Bible. Through the years, minor revisions were made (mostly to update spelling, but also to change some words and grammar). Modern editions of the KJV follow a revision made in 1769 (about 150 years after initial printing and about 250 years in the past).

Since 1611, many words used in the KJV have changed in meaning or have gone out of use altogether. While no further changes were made to the KJV since 1769, changes have occurred continually to the English language. As a result, through no fault of its own, the KJV no longer speaks the same English we do. Hundreds of examples could be given, and even the most ardent supporters of the KJV recognize this problem. This is evident through the numerous mini-dictionaries of archaic words they have published to help the modern reader. To be a good reader of the KJV you must learn to recognize all the words that have changed in meaning and know the definitions of many that are now obsolete.

We believe this is an unnecessary barrier to the study of God’s Word. Those who have used the KJV for many years may have little difficultly with the older English. However, the older English is frequently difficult to those new to the faith. This difficulty is not insurmountable, but it is unnecessary. Why should someone have to learn a different version of English to understand God’s Words? There are many new words that a student of the Bible will need to learn already; why add to the list hundreds of words that are no longer used or have changed in meaning? Why not just use a translation of the Bible in modern English?

These concerns led us to the NKJV.

The NKJV was chosen over other modern English translations for several reasons.

Pastor Jack taught two lessons on the preservation of the Bible that further address the subject of English Bible translations: 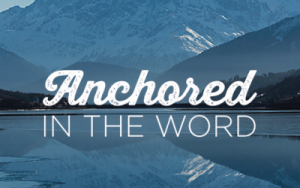